American Gods by Neil Gaiman is a novel set in modern day America. It’s about a recently released convict named Shadow who’s hired by a god to be his bodyguard. The story takes many twists and turns as the dead rise back to life, new gods battle old gods, and a storm unlike any other brews in the West.

“Gaiman — who is best known as the creator of the respected DC Comics ‘Sandman’ series — has a deft hand with the mythologies he tinkers with here; even better, he’s a fine, droll storyteller.” -Kera Bolonik, NY Times Books in Brief: Fiction and Poetry

Unlike Rick Riordan’s Percy Jackson series, Gaiman’s novel pulls from the histories of gods all over the world rather than solely Greek culture. Norse, Egyptian, and Hindu gods play a major part in Shadow’s journey across America, as well as the gods of television, video games, and other twenty first century innovations. It’s thrilling, captivating, and thought provoking.

American Gods delves deeper into the past of the United States. “Nobody’s American…at least not originally,” says Gaiman, on the basis of his novel. The story line is geared towards adults, with sex scenes, violence, and vulgar language, but is more of a cultural discussion than a story of good versus evil, which is what Riordan was going for with the children’s series starring Percy Jackson. 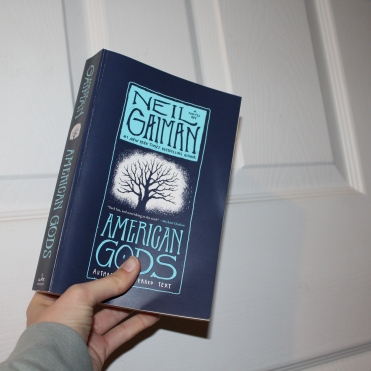