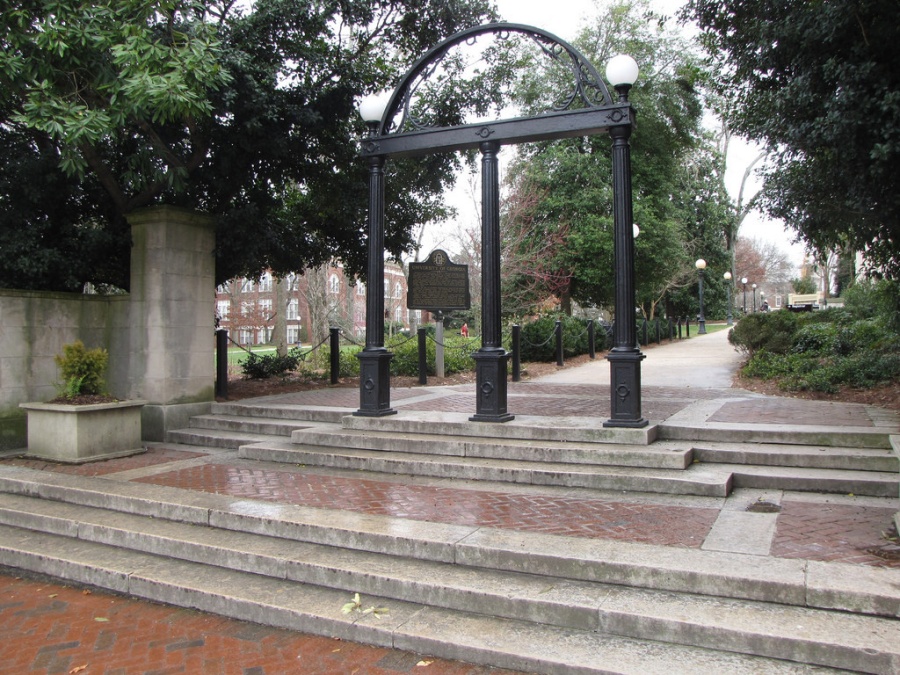 What to do when dropping your freshman off at college:

We’ll be home soon, we promise.

April is National Poetry Month and National Sexual Assault Awareness Month. Through my time as a performance poet in high school I developed a strong voice when it came to speaking out against sexual violence.

So, in honor of the month of April, I’m going to share a lightening round slam poetry piece with you, titled We Asked for It. It’s much better when performed out loud, but sadly I was never recorded. Performing this piece meant a lot to me because of all the friends that had been sexually assaulted in high school. I think writing this poem helped me work through the anger and frustration I felt as the time. I’m hoping that reading it from the page conveys those feelings as well as my performance would.

We Asked for It by Bailey Marshall

We girls demand attention from the opposite sex.

We rim our eyes in black, make lashes long like spiders’ legs,

Paint our lips red like the hourglass on the backs of black widows,

With web-white smiles we snare men in our traps.

It’s not that we just enjoy wearing makeup, we do it to seduce the opposite sex.

Our mascara, lipstick, and teeth spell out Y-E-S.

Remember, you have to watch out for us girls.

So that some strange woman doesn’t sashay over and

Trap him in her well spun lies.

Another California king bed we can handcuff you to the frame of,

Call the police on what you promised us was love,

Because we will try and accuse you of so – many – things.

Like when our lips, drowned in alcohol, are begging for some man to overpower us

Take advantage of us

Leave us broken, naked, and alone

And scared of every bump in the night, every drink in our hand, every man at the bar,

We ask for rape by getting drunk

We ask for rape by drinking alone

We ask for rape by ordering more than one drink

We ask to be opened up and pinned like dead arachnids on specimen tables.

We ask for rape…by being female.

We are made for picking up our own broken pieces and being blamed for being victims.

I competed in poetry slams in high school. I went to club every Thursday and wrote new pieces. I went to slams almost every Tuesday. I became very, very attached to this style of writing. I reconnected this summer with a friend I competed with and she sent me her list of favorite poems. A few really stood out to me, and here they are!

Scarecrow by the Brave New Voices Washington D.C. Team This is the first slam poem I ever listened to. I don’t even remember why I was listening to it or how I found it. But I do remember watching this performance and thinking “I want to perform like that.”

OCD by Neil Hilborn This poem is a great explanation of Obsessive Compulsive Disorder. We even watched it in one of my psychology classes. It also shows how people without OCD view people with OCD. My favorite line? “I can’t breathe because he only kisses her once, he doesn’t care if it’s perfect.”

Elephant Engine High Dive Revival by Buddy Wakefield My junior year English teacher used to play this poem for us on bad days. Part of me is reminded of David Sedaris, part of me is left confused, and the rest of me gets it without having to completely understand.

Cat Poem by the Brave New Voices Los Angeles Team I’ve watched these girls perform both online and in person. They’re just as hilarious in person as on stage. I also love how they use this poem to make fun of slam poetry. They’re great!

We Boys by the Homeword Asheville NC Brave New Voices Team I never went to Brave New Voices with Homeword, but these are the people I competed against in high school. This poem was written my junior year when feminism was becoming a larger part of pop culture. To boil it all down, these are the reasons boys need gender equality too. (Also, just FYI, this is very explicit).

Do you have a favorite slam poem?